“I must say, our team were very impressed and pleased with how your team worked. Not to mention the room looked amazing.”

A request to create a Christmas party with plenty of visual impact and a totally non-traditional feel came as no surprise given that our client was a leading video games company.

So it was out with traditional reds and greens and in with funky UV and a great sense of fun and mischief (think Santa’s elves going slightly off piste!).

The company is based within easy distance of the South coast so we arranged to transport guests by coach to one of Brighton’s most iconic and grand hotels.

We totally transformed an elegant Victorian interior into a bright and vibrant party space with giant stars, LED cubes, beanbags and custom-made cushions.

Setting off the rather hallucinatory effect was a recurring theme of pink elephants – a nod to the prospect of everyone having a very ‘merry’ time. A vodka luge in the shape of an elephant probably says it all!

As well as providing a wide variety of delicious food from around the world, lots of entertainment was also on the menu.

We arranged for a UV face painter to help everyone fit in with the party theme, a street magician mingled with guests and performed mind-boggling tricks, arcade games and beer pong provided plenty of laughs, a silent disco and live band. 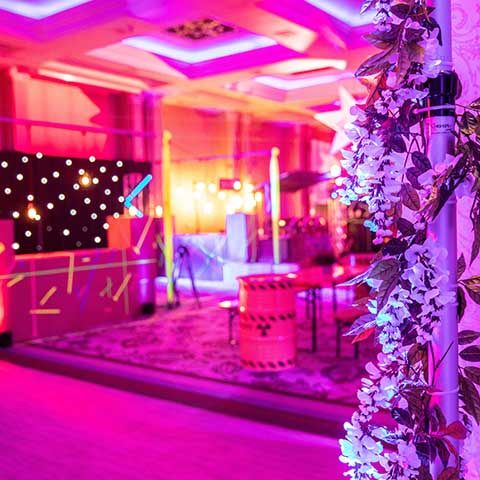 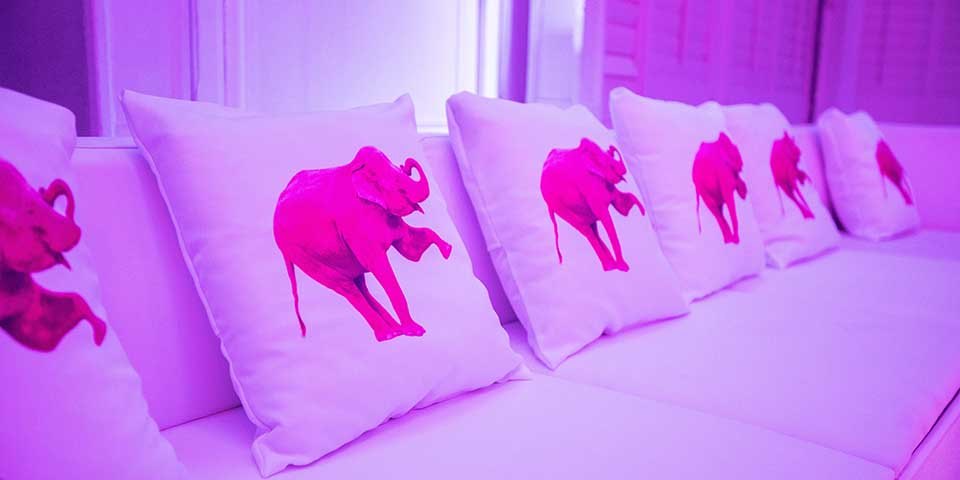 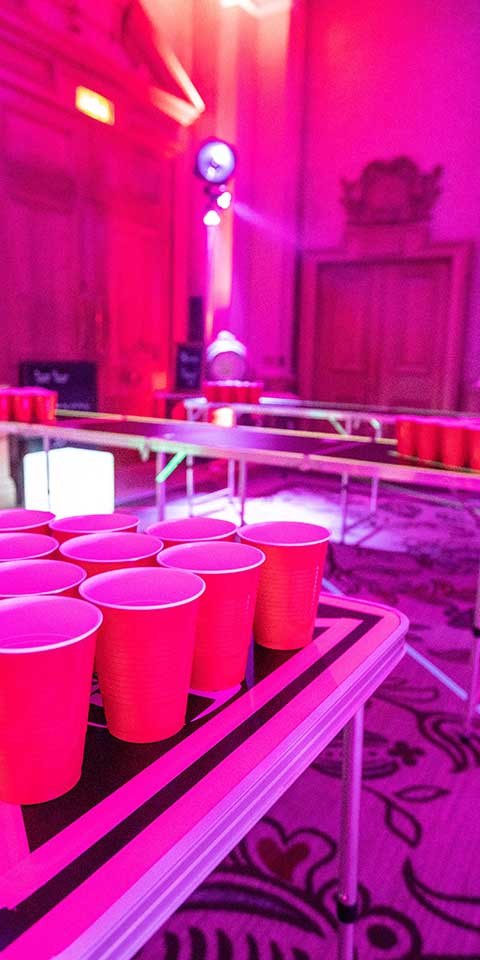 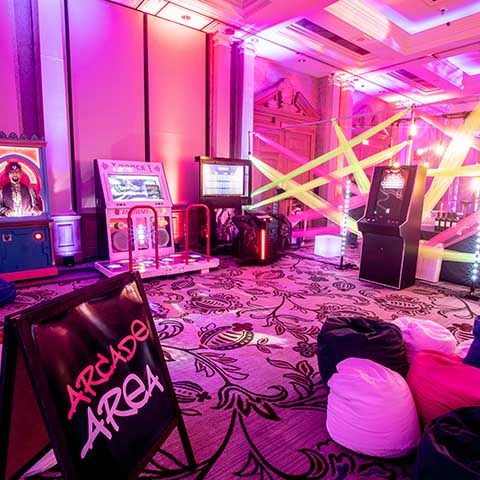 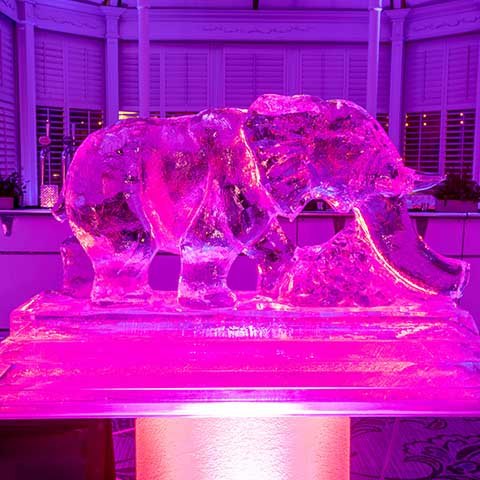 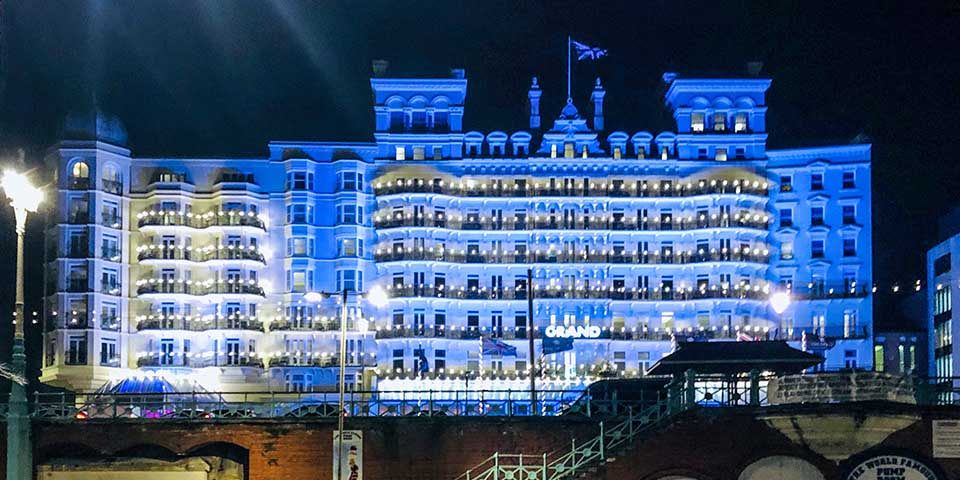 Some of the other brands we work with