Can there be anything nicer than marking your wedding anniversary with a very special luxury party!

You might be some way off your diamond wedding anniversary, but even a few years of marriage deserves a celebration.

On your anniversary it’s a time to remind you and your partner of how lucky you are to have each other. It’s also a great excuse to bring together all those lovely people you know and love – family, friends you may not have seen since your wedding, others who are an integral part of your life as a married couple, or friends you’ve made along the way!

Basically, it’s an excellent reason to throw a party.

Our top 3 Ideas when planning an anniversary party

1. Theming an anniversary party can be so easy

You’re probably very aware of the traditional list of wedding anniversary gifts, such as paper, wood and cotton during the early marriage years up to gold and diamond when you reach 50 and 60 years of wedded bliss.

It can provide a very useful starting point for the party’s theme and it’s an opportunity to get creative – a ruby wedding anniversary doesn’t have to be all about jewels, but ruby could logically form the basis of the party’s colour palette.

Flowers are also associated with particular wedding anniversary years, from carnations for one year to lilies for a 30th anniversary. 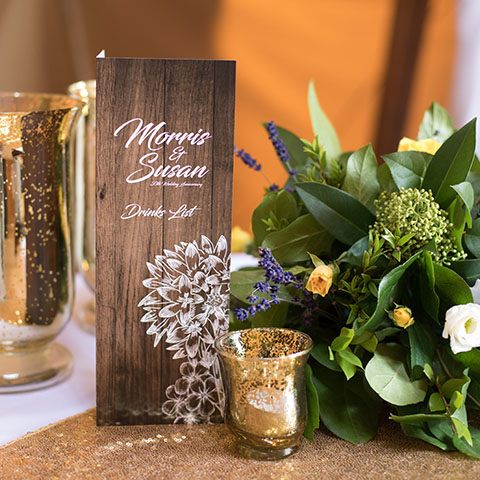 And gemstones also have a connection.

We’ve already mentioned some of the obvious ones, but even the early anniversaries are associated with gemstones, for instance the third year is moonstone and the 11th is turquoise.

Again, these associations can all play into your party theme.

First thing to do, of course, is to set the date (as close to your anniversary date as possible) and decide where it will be held.

The sooner that is sorted, the sooner you can organise and send out invites – the earlier the better and the more likely guests will be able to accept your invitation!

Food, drinks and entertainment will also be key decisions to make – they are elements that have so much impact on your guests’ enjoyment and the overall experience.

It’s also a really good idea to get a photographer along to capture all those special moments (that you might miss at the time!) and provide a lasting memory. 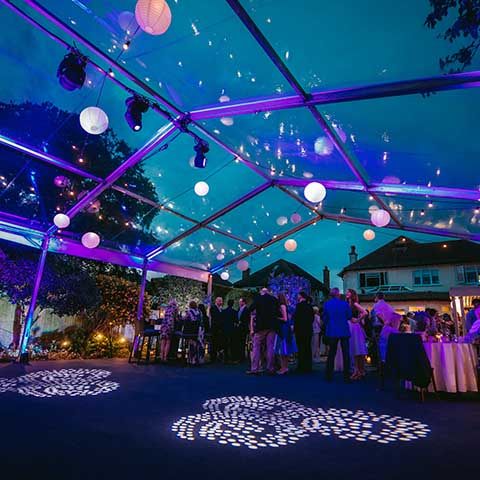 There is a lot to think about but the end result will be so worth it.

We have plenty of experience of organising wedding anniversary parties and every single one has been unique and very personal to each couple. Ready for some inspiration?

A beautifully landscaped garden, a marquee, delicious food and excellent live band were the key ingredients for one 25th wedding anniversary party, which was made even more special because our clients were also celebrating their 50th birthdays!

For a garden party in the height of summer to celebrate a 50th wedding anniversary, a rustic theme and tipi tents were the perfect solution.

By the time you get to your 50th anniversary, your guest list is likely to include several generations so different types of entertainment to keep everyone happy show real care and attention to detail. So why wouldn’t you choose duck herding!

Meanwhile, another couple that we worked with wanted to celebrate their 10th wedding anniversary by referring back to their wedding day.

This was another marquee event and we took our design inspiration from images of the original wedding reception, which gave a lovely nostalgic feel to the party.

If you’d like MGN events to help organise your wedding anniversary party, please get in touch – we’ll make sure you have a wonderful and very special celebration!